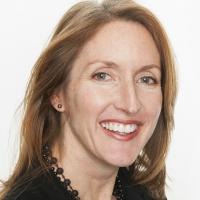 Baylake Pines is a Treasure Trove of History

After four months at sea, colonist George Percy's ship entered the Chesupioc (Chesapeake) Bay on April 26, 1607, landed, and exploration began of this new land. He was astonished by what he described as "fair meadows and goodly tall trees, with Fresh-waters running through the woods." Shortly thereafter, his group was attacked by Indians, who retreated to the reciprocal gun fire. Therein lies the beginning of the Baylake Pines story. Known in historic circles as Henrytown(e), the area is believed to be the third English settlement in Virginia. Originally occupied by the Chesapian Indians, English settlers landed at Cape Henry in 1607 and quickly moved inland to settle in Jamestown. The famine of 1609 drove settlers back south in search of fish. In 1610 documents, forts were referred to along the Chesapeake Bay in support of the settlement in Jamestown. In a letter by Virginia's Lt. Governor Samuel Argall in 1613, he sent a fishing ship to "Henries Towne" to relieve the men there. Henrytown's namesake was the Prince of Wales Henry Frederick Stuart (and Cape Charles was named after his younger brother). The Indian natives and the settlers eventually found a way to coexist through the operation of trading outposts, as evidenced by iron tools and pipe fragments dating from 1610-1660. These artifacts were unearthed during an excavation by archeologist Floyd Painter in 1955, the year the neighborhood began to be developed. Painter also found Indian tools, pottery shards, the remains of a house, and two small children's teeth. Residents regularly report finding arrowheads in their gardens or on Treasure Island.

In 1635, Adam Thoroughgood received 5350 acres of land between the Chesapeake Bay and the Lynnhaven River via the Grand Patent, issued by the Governor of Virginia as payment for providing the passage for new settlers.  Thoroughgood brought indentured servants (he himself being one) to the New World and after serving him in...

Have something specific in mind?
See more options. Find it fast.
TRY IT NOW!
Home Search Made Easy